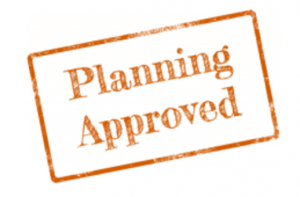 The Joint Planning Committee of Waverley Borough Council gave planning approval to the Dunsfold New Town proposals on Wednesday.  Of the 32 Councillors eligible to vote just 18 attended to vote:  10 councillors voted to approve, and 8 voted against.

The voting was as follows: 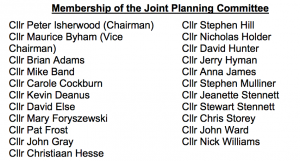 There was strong representation from the public in the gallery and outside prior to the meeting.  Protesters were from across the area including from Bramley, Hascombe, Hydestile, Loxhill, Cranleigh, Milford, Hambledon, Busbridge.