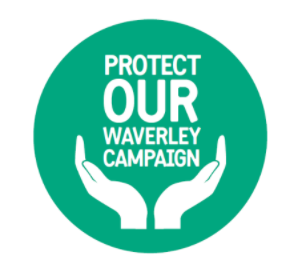 CIL ‘Give Away’ to Dunsfold Park

Community Infrastructure Levy (CIL) is a new mechanism by which developers contribute to funding the critical infrastructure required for the new homes they build, and POW very much welcomes the introduction of CIL as a positive step towards funding much needed infrastructure throughout the Borough.

At its Executive meeting on 10th April Waverley Borough Council submitted its ‘CIL Draft Charging Schedule’ for examination by an Inspector, but surprisingly proposed a ‘zero CIL rate’ for the current development at Dunsfold Park, and what is more, for all future developments on the site. This means that Waverley Borough Council has not only given away the chance of receiving the £10m to £14m that CIL would have generated from Dunsfold Park now, but also of ever receiving CIL monies that future Dunsfold Park developments would raise. The Council has ignored all requests to reconsider its last minute CIL proposal.

POW asks “Can the cash strapped Borough of Waverley really afford such generosity?”

Using figures recently quoted by the Council Leader herself, Julia Pots, this sum of money could, for example, be used to fund improvements in local infrastructure such as 1400 council house refurbishments, or it could contribute to almost a quarter of the identified funding gap for Transport Infrastructure across the whole Borough.

POW’s chairman Bob Lees said ‘Surely it cannot be right that the present Council is giving away the right of a future Council to raise much needed money for infrastructure from the owner of its largest strategic site. After all one in five of all responses to the consultation – from local individuals, residents’ groups, Parish Councils and developers – raised objections to the zero CIL rating of Dunsfold Park.’

Mr. Lees concluded; ‘We call on Waverley Borough Council to clearly explain to its residents – Council Tax payers and voters – why it is being so generous to the developers of Dunsfold Park and the owner Trinity College Cambridge, at the expense of the local parishes and the whole Borough?’